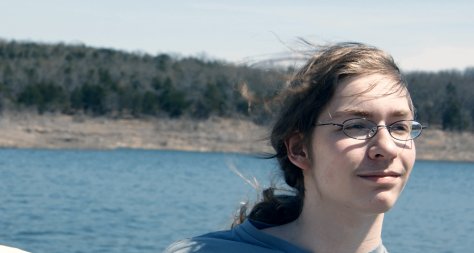 I just woke Daniel from his 6AM slumber.  Soon, he’ll be wandering out of his room, make two pieces of toast, and go sit silently in the dark until it’s time to catch the school bus. He does this every morning. He never falls asleep and never misses the bus. Amazing.

Daniel was born with a condition called Asperger Syndrome, which is a part of the autism spectrum: a milder form. Rather than tell you what the textbooks say about Asperger, I’ll describe Daniel just a bit, in quick bullet-point thoughts.

Daniel doesn’t like change to his routine. The recent series of snow days, for example, will maneuver him into a confused heap of emotion, silliness, rage, or maybe just sullen intransigence. Over the years, when we get calls or emails from a teacher (and we’ve received lots), it’s usually after a three-day weekend, or a morning where he had a doctor appointment, or the night after a birthday. He’s fifteen years old now, and has learned to mitigate this, but Like Admiral Boom in the Disney production of Mary Poppins, he’s known for his punc-tu-ality. 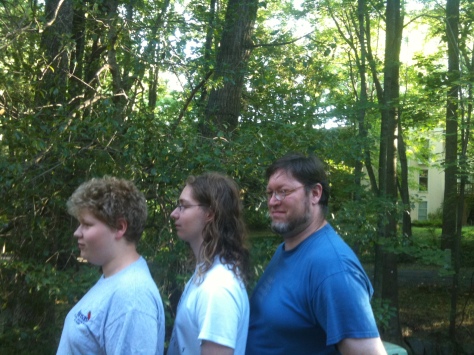 Daniel’s memory for words is eidetic, or near-eidetic. This means when he reads something, he often remembers the text, word-for-word (even if he doesn’t yet know what a word means). We noticed this when he was in fourth grade: he reproduced, almost verbatim, a four-page Wikipedia text about Native American rituals, after having read it for 10 minutes. He is linguistically brilliant.  He uses words his teachers have often never encountered, and uses them in daily speech. He’s a sophomore: after three years of studying Latin, he decided to change linguistic tracks and he’s in first year Japanese now. Judi and I have both read his term papers and wondered if he’s plagiarized them. Fortunately we’ve been proven wrong every time: his writing is just that good. It’s unpolished, but he has a writing fluency I’ve seldom seen, even in college seniors. When he talks, it’s very precise: he never says “don’t,” for example, but “do not.”

He’s rarely had friends, and doesn’t seem to care a whit whether he does or not.  He likes interacting with others, but is often abrasive. He’s made off-color comments without realizing he’s offended half the class. When he was younger, he would exacerbate this by crawling under his desk and rocking, or licking his arm (or other peoples’ arms). He has no concept of personal space but his own. He doesn’t like being touched. Our cat is the only creature toward whom he’s uttered the words “I love you” over the last several years. Our evening ritual is as follows:  Judi says I love you, and daniel responds with “Okay.” He’s a passionate person, just not passionate about people or relationships. 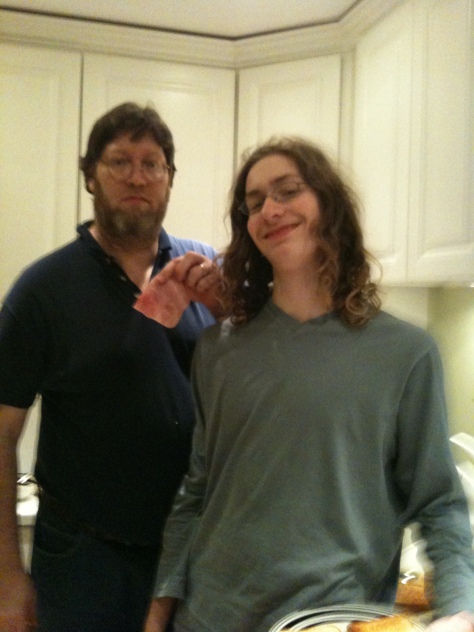 There are other things you’d notice about Daniel: his hair is long; down to mid-back. He doesn’t like the sound of clippers or scissors, and being that close to a person (a hair stylist or barber) makes him very, very nervous. We just let him grow it out, although we ask him on a monthly basis if he wants his hair cut. The answer is always no.

He flaps his hand like a baby bird when he’s excited, or when he runs. It was cute when he was in second grade; not so much these days.

He’s started enjoying comedy. After school, he watches a recording of The Colbert Report and The Daily Show. He seldom watches cartoons anymore, although SpongeBob SquarePants was a mainstay in our house for years.

He can’t sing–at all. He has no concept of rhythm, and only a vague notion of rhyme. When combined with lyrics, music becomes a motor-skill nightmare for him. Still, he fixates on certain songs.  His first truly brilliant high school paper was a psychosocial explication of Pink Floyd’s song “The Wall.”

I mentioned motor skills. He has them, but just barely. He’s clumsy, like dad, has atrocious handwriting, also like dad; he’s left-handed, like dad.  Poor kid. He can’t throw or dribble or or run too well. He’s managed to compensate: he does a great job hitting his brother Alex. 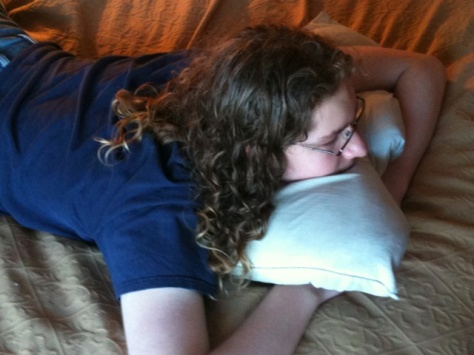 He loves cooking. He does chores exactly how we ask him, and without complaint. For example, if we ask him to start a load of dishes, he’ll put only dishes in the dishwasher (no forks, or glasses or bowls), and start it. But he won’t complain…

He’s tall and lanky and looks a lot like I did at 15, except with long, tangled hair.

You really ought to drive out here and meet him sometime 🙂

Books and Writing, Linguistics, Christianity and whatever else I feel like talking about at the time…